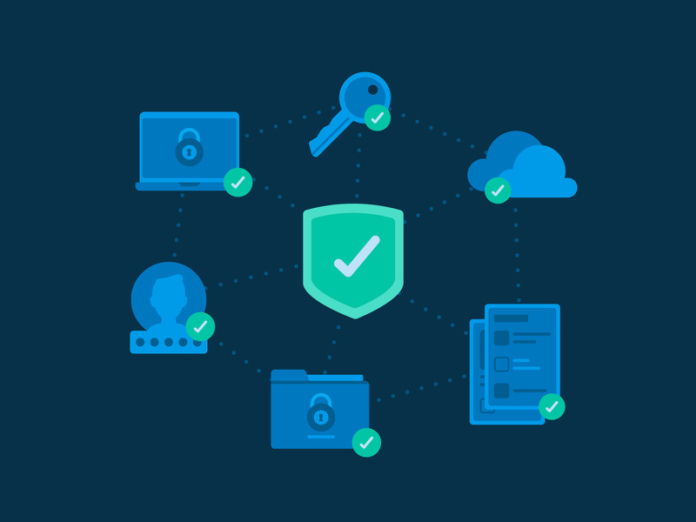 Although mobile apps and operating systems are safer than desktop versions, they, too, need frequent testing and solid security measures. This is especially noticeable during the mobile app development process. Local data storage, sensitive information, endpoint communication, authentication & authorization, code quality, network connections, and so on all require security. This is where the OWASP mobile security testing guide comes in to help developers protect their applications.

The OWASP Mobile Application Security (MAS) flagship project observes the OWASP mobile security testing which includes a mobile app security standard (OWASP MASVS), a thorough testing guide (OWASP MASTG), and a checklist. They work together to give such coverage throughout a mobile app security evaluation to produce consistent and comprehensive results.

THE OWASP mobile application security verification standard (MASVS) is a standard used to design safe mobile apps by software architects, testers, and developers. Various situations are addressed by different team members at various stages of a project. Developers stick to the security criteria established for the development, testers adhere to best practices and test cases when doing mobile app penetration testing, and teams may adhere to compliance and guarantee strict adherence to rules when working with suppliers.

Any software that runs on a mobile device is referred to as a “mobile app.” The following are some examples of mobile apps:

These apps are built for the system for which they are designed. They have a close relationship with the operating system of the mobile device. As a result, they virtually always have direct access to other components of a device, such as a camera, sensors, and so on. They include their software development kit (SDK).

These are mobile web applications that operate on top of a device’s browser and have the appearance and feel of a native app. They have little interaction with the device’s components and are, in some ways, sandboxed.

There is a mix of native and online apps here. They function similarly to native apps, except a component of the program is executed through an embedded web browser. A web-to-native abstraction layer can aid with necessary access controls in this case.

They have the appearance of conventional web pages but have the extra benefit of allowing developers to operate offline and obtain access to mobile device hardware. They blend multiple open web standards to deliver a better user experience.

Mobile application security must be tested throughout the development process, all the way through to release. Various sorts of testing are carried out. Consider the following:

Testing in the Dark

The tester acts like a genuine attacker, investigating all potential combinations and use cases for publicly available and discoverable data. It’s also known as “zero-knowledge testing.”

In this case, the tester does more complicated tests using knowledge of vulnerabilities, patches, source code, documentation, and diagrams. It is also known as “complete knowledge testing.”

Between the two categories indicated above, the tester is provided with certain information (such as credentials) while the other regions are generally concealed.

In this stage, testers check for flaws in an app. Static analysis involves a detailed analysis of source code. It can be done manually or automatically. Because it is performed in the real-time, dynamic analysis is more advanced. It allows testers to focus on specifics such as susceptible entry points, weak features, loopholes, and so on.

This testing is done near the end of the process. It entails a comprehensive plan that begins with preparation, information gathering, and application mapping and ends with testing and reporting.

Authentication is critical for mobile apps and comes into play in situations such as user credentials (password, PIN), sensitive information (SIM, password generator, hardware token), biometrics (fingerprint, voice, retina), and so on. The following are some specific authentication requirements:

• At the remote endpoint, username/password authentication is to be done;

• The second factor of authentication is to be enforced for sensitive apps.

• The user must be kept up to date on recent account activity.

When it comes to authentication architectures, there are two significant methods:

To send data between remote endpoints, all network-connected mobile apps employ Hypertext Transfer Protocol (HTTP) or HTTP over Transport Layer Security (TLS) or HTTPS. This is where network-based threats might manifest themselves. One key method is to configure a system proxy on the mobile device to intercept HTTP(S) traffic.

Because developers employ a variety of programming languages and frameworks, the quality of their code is critical. With several versions and upgrades on the horizon, validating the quality of code helps assure security from the start. SQL injection, XML injection, injection attack vectors, XSS issues, and buffer overflows are just a few examples of common vulnerabilities.

Mobile app testing has gotten more sophisticated as attackers become smarter by the day. Disassembling developed software, deploying security fixes regularly, and interfering with live processes and codes have all become normal. Tampering is the process of altering the environment or behavior of a mobile application to test particular breakpoints and security flaws. Reverse engineering focuses on obtaining particular information from source code and doing a thorough study of produced applications. These two approaches are critical for black-box testing and increased security.

A testing guide for Android and iOS includes essential components such as mobile platform details, information on different stages of the application lifecycle, static and dynamic testing, reverse engineering and tampering, software protection guides, and extensive test cases. This tutorial may be used by developers and testers to create resilient apps, properly test them, and detect any assaults such as reverse engineering. Because several developmental phases are covered, concerns may be identified and resolved more proactively, ensuring better coverage. The extensive test cases supplied also aid in simulating real-world events and thinking like a hacker.

Emerging technologies such as IoT and AI have broadened the reach of cyber attackers. The breadth expands as more companies connect to the Internet. Automation implies that new systems will communicate with one another and access information on the fly. Such intricacy and connection can increase risk levels. Bots have also been put into the mix, which means that attacks will be speedier, more complex, and much more difficult to identify and control. Malware sites have lately been discovered to be masked with SSL certificates.

Runtime Application Self-Protection (RASP) can also aid by analyzing apps in real-time. Improved threat analytics in a competent solution, such as appsealing, may enable improved coverage of attack vectors, allowing necessary measures to be done quickly. This implies that businesses can now have an advantage against attackers.

Microsoft SC-200 Certification: What You Need To Know

GPS Tracking Systems: The Future Of Technology For Stolen Vehicles